Recent collaborations has revealed a strong correlation between transported mineral aerosols and impacts on biogeochemical cycling. A recently published article demonstrates this link by connecting anomalously late season transported aerosols over the Caribbean and reduced cell production of a slash pine community. This discovery provides an opportunity to seek other similar direct impacts that mineral aerosols have on vegetation communities as well as the estimated, but rarely measured positive indirect impacts such as fertilization. More recent investigations are being led by two PhD students co-directed by LÉÉ to continue this work in collaboration with Dr. Julie Talbot. One student (Xiaoyu Li) is looking at mineral aerosol deposition impacts on ombotrophic peatlands over short to medium time and spatial scales. Another student (Sophie Pouillé) will investigate the role of trace metal (e.g. arsenic) enrichment on surrounding ecosystems both as an active bioavailable toxic element and as an inert trace metal impacting essential macronutrient uptake.

Dust emissions at high latitudes have been attracting much attention due to the recent activity detected in these regions from increased climate change impacts. For many regions, these dust storms have occurred in the past as witnessed in the loess soils that blanket the Canadian northwest, the majority of which were deposited in the last 10,000 years. A new project led by LÉÉ funded by the Canadian Mountain Network, in collaboration with the Kluane First Nation and Kluane National Park and Reserve will investigate the activity of dust emissions to supporting disconnected high-latitude ecosystems and surrounding regions over various time-scales. This three-year project has five Co-I’s and currently over 8 HQP on the project that eagerly awaits the chance to be on-site. Supporting this work was a recent paper published by collaborator  and previous MSc student Jill Bachelder with current and now alumni LÉÉ members on the enrichment and emission fluxes of dust from the A’ą̈y Chù (Slim’s River). Additionally, collaboration with UdeSherbrooke’s Geomatics group has led to an investigation of the highest latitude dust emission event recorded at Lake Hazen at 81°N.

Here is a quick video of a dust storm recording from a site in the Yukon taken from a timelapse camera installed in the summer of 2017:

This theme of research is driven by the continuation of a project that started in 2011 in southern Africa that included the deployment of a comprehensive set of climatology instrumentation, sediment transport detection and measurement network, aiming to characterize the key factors for the variation in dust emissions from large source areas. Recent publications on the measurement of these factors include Nield et al. (2016) on salt playa genesis in Botswana and Munkhtsetseg et al. (2016) on soil moisture control in Mongolia. This has also been highlighted by new published work by a MSc student (Phillipe Gauvin-Bourdon) on a complex model of vegetation application of sand transport and grazing. While an emerging application of this them leveraging these projects is a series of studies being conducted in paleoenvironments and in particular at the last glacial maximum in conjunction with the Hominin Dispersal Research Group led by Dr. Ariane Burke in UdeM Anthropology. 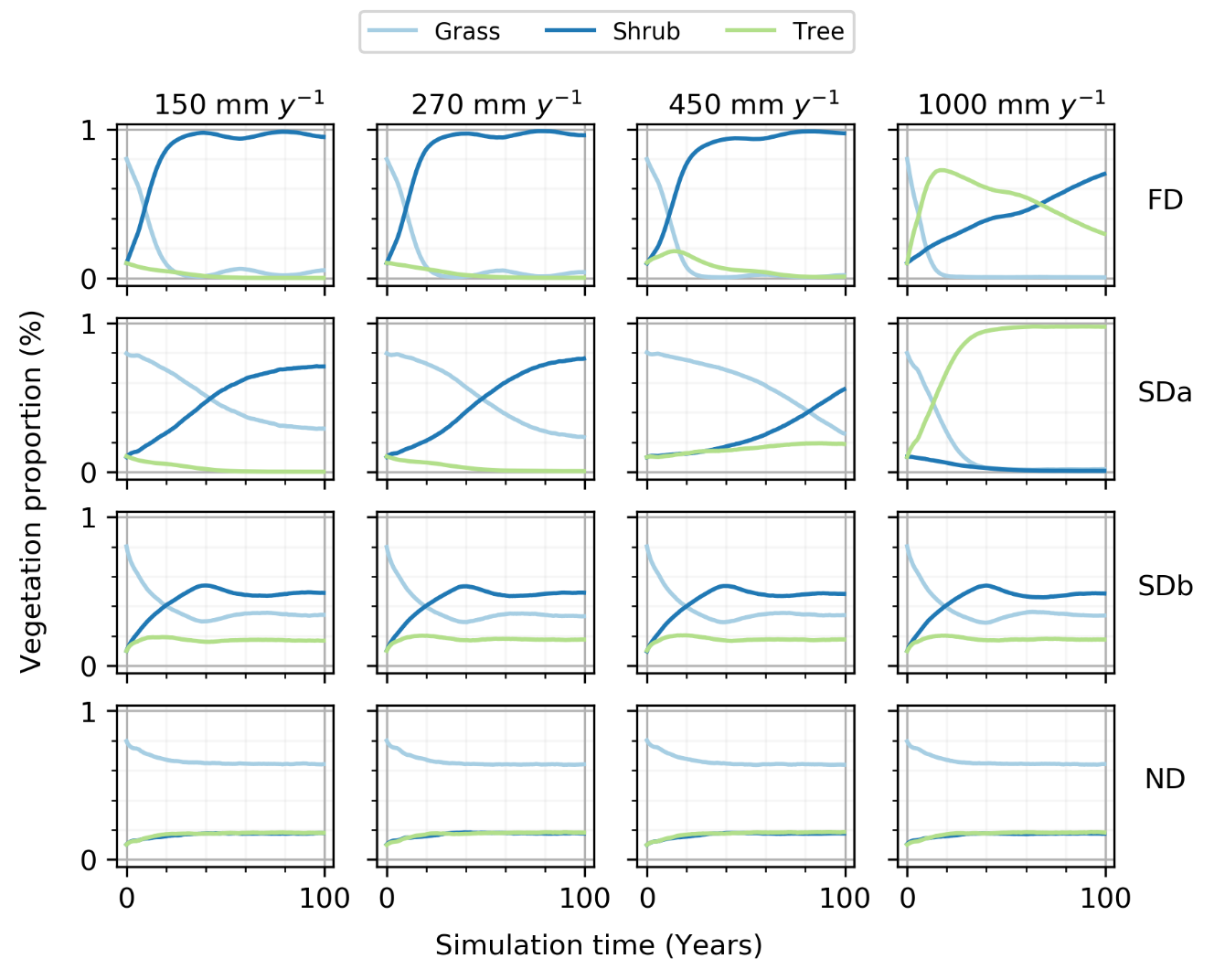 Time series of the proportion of the simulation grid occupied by each vegetation type during simulations (PGB et al., 2020).

Aerosols in current and future climates

Within this theme recent funding has led to the development of a project on investigating the historic and future role of advected pollutants on public health. This project involves the statistically intensive analysis on meteorological records, including the homogenization of wind variables, to the impact of changes in these variables under the simulation and subsequent analysis of future climate scenarios with a new collaboration with Montréal non-profit consortium Ouranos. These analyses will be leveraged to identify the changes in potential changes in aerosol transport under future climate scenarios. 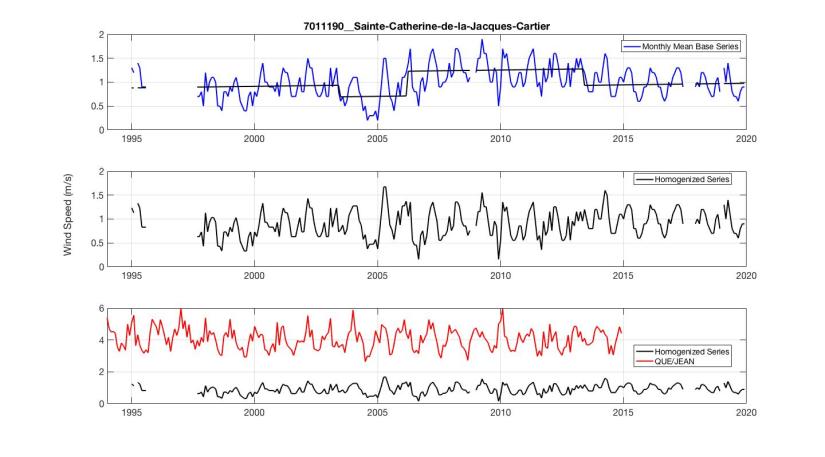